As the volume of project data continues to grow, and global collaboration in the AEC industry becomes increasingly common, it’s more important than ever that the processes we have are scalable and sustainable.

Collaboration can be a powerful thing, but it produces far more successful outcomes when team members operate under agreed-upon standards. To put it another way, construction professionals need to speak the same language.

On Episode 15 of Digital Builder, Marek Suchocki, Infrastructure Industry Engagement Lead at Autodesk, and Frederico Ramos, Principal at Aedas join us to discuss the importance of global data standards in the AEC industry. Other topics we chat about include:

“Because BIM is fundamentally about collaboration and transparency, that is radically enhanced with common standards.” — Frederico Ramos

Here’s a recap of the key takeaways from the episode.

Why are Global Data Standards Important?

Global data standards define the processes for collaboration and information management by setting clear guidelines throughout the entire lifecycle of a construction project.

Data standards are important to have in the AEC industry because they enable team members to collaborate effectively. As Frederico puts it, “standards are derived to allow us to easily communicate and interface with each other.”

When team members are able to stay on the same page, construction firms can improve efficiency and minimize miscommunication — ultimately reducing risk and improving outcomes.

That said, it’s important to remember that data standards aren’t created and used in a vacuum.

According to Marek, “Standards are not developed because one person thought them a good thing, they are really a community initiative.”

In the UK, for example, Marek says that they have a body called British Standards that organizes the creation of new standards. “They use the community of experts to define what constitutes good practice,” he adds.

ISO 19650 is a series of quality standards concerning the organization and digitization of information about buildings and civil engineering works, including building information modelling (BIM). Essentially, it allows people using BIM to smoothly communicate with each other.

According to Marek, this set of standards came about as a result of a joint effort between different industry players. “The international community came together, negotiated their own terminologies, negotiated around all the details of the standard and created what we call ISO 19650 today as a family of standards.”

The fourth and sixth components are currently in draft and their development is a reflection of ISO 19650’s growing popularity. “It’s really a good reflection that they’ve proven so popular that people are recognizing that if we can deploy these information management principles and procedures in different sub areas of our industry, that they are working,” says Marek.

Frederico weighs in and talks about why AEC pros should seriously consider using a global standard like ISO 19650.

“I personally believe that even if you don’t want to use a standard, you already are using a standard — your own. So it makes all the sense that if you are going to adopt the standard just adopt the one that is going to be widely used in the world anyway. At least that will facilitate the way that you communicate with others.”

He continues, “BIM is fundamentally about collaboration and transparency, and that will be radically enhanced with common standards.”

For starters, when teams are following global data standards, they can see to it that the nomenclature of data files are consistent, thus making them easier to share with other organizations.

As Frederico points out, having agreed-upon standards across sectors and regions makes collaboration much more seamless.

“We can always argue that a good BIM execution plan will do the same, but it will not give you the universality of topics that ISO naming nomenclature will adopt.”

He adds that with the right standards, team members won’t have to come up with definitions because ISO already has those definitions.

“You just say, ‘Are we adopting the ISO 19650 definitions? Yes. So we have it.’ We all know what we’re talking about when we say BIM or when we say EIR.”

Having those standards ironed out from the get-go reduces the time you have to spend finding consensus on definitions and parameters. You and other stakeholders can move forward quickly and devote that time to more important things.

This, in turn, allows you to optimize your operations, which leads to cost savings, enhanced safety on work sites, improved sustainability practices, and increased customer satisfaction.

And these are just some of the immediate and obvious benefits. Adopting ISO standards can also pave the way for a better future for your organization and the industry.

“The fact that we have a standard that facilitates the way that we can collect data and structure data across the industry will make it much easier to be able to respond to the future needs of our industry,” remarks Frederico.

“A lot of people are talking about ISO because of what we need today. I tend to see it as a unified playing field in terms of data structure. It will, in the years to come, give us the base of data collection and database approaches that we’re going to develop in the future.”

Implementation: Where Do You Start?

Adopting global data standards — especially when expanding into new regions — can feel like a massive undertaking. The key to moving forward effectively is to just start.

You don’t have to revamp your entire process. Begin by narrowing down the specific areas or points you want to focus on, and go from there. As Marek puts it, “this isn’t about an all or nothing scenario. Go and fix the bits and the priority parts.”

Depending on your organization, one priority can be error- or waste-prone areas, where your costs are consistently high. Adopting global standards in these areas can improve efficiency and communication, generating a stronger ROI.

Determining the right priorities allows you to get “the biggest bang for your buck,” says Marek. “That’s because if you fix those things, you can then incrementally tackle all the others.”

He adds, “You won’t get the good data because you try to do everything. You should do it piecemeal and tackle the most significantly beneficial areas — whether that’s mitigating traditional issues or adding value.”

This piecemeal approach also applies to the manner in which you adopt data standards. In the case of ISO 19650, you don’t necessarily have to implement all of its components at once.

“This is a ‘Pick it up, use it, use it to the most appropriate way’ type of thing. If your community is not ready, don’t enforce it, just put in the good bits of it that they can adopt. Do the simple bits right and the extra bells and whistles will follow.”

The Future of Data Standards

Will we ever live in a world where common data standards are accepted globally?

That depends on who you ask. According to Frederico, there is a potential to adopt a truly global standard, but whether or not everyone gets on board is a different question. He says that as governments start to have more constraints to their budgets, people will be more inclined to have global standards.

Frederico also brings up the role of new technologies and their potential to drive the adoption of global standards. “As we move to a higher involvement…with AI, machine learning, and robotics, in all the lifecycle of the assets, you really need that data standard that will facilitate everything.”

Marek sees things differently and doesn’t think that the industry will have a common data standard as such. “What we will do is narrow them down. The rubbish ones will get thrown away,” he says.

Marek also predicts that the industry will transition to an “object-based way of work” that makes use of retrieval technology and machine learning. So, rather than trying to get everyone to speak the same language, collaborators can use technology to essentially translate certain terms.

“The Google analogy is really strong for me. I’m not going to force people to speak my language, but what I can do is interpret it,” he says.

If you thought this was interesting, be sure to listen to the full conversation by downloading the latest episode of the Digital Builder podcast. Frederico and Marek dive deeper into ISO 19650 and share even more insights to help you adopt global data standards in your organization.

Did you miss our previous article…
https://www.arizonasolarsociety.com/?p=1211 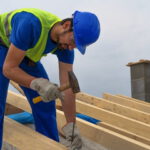